11 Ways to Build Black Wealth According to Black Panther

Wakanda is our wildest dreams. For 2 hours, it opens the door to a country rooted in prestige and great wealth. But for many, a quick step outside of the theater welcomes you back to a reality that isn’t so Wakandan. There are no ultra high net worth black dynasties or black owned neighborhoods where communities regularly come together to solve their problems. What’s great about this film is its acute awareness to this issue, and so creatively presented solutions.

Within the monumental film, one can find 11 strategies to build black wealth and make Wakanda a reality.

1. Have a Vision of Black Wealth

Wakanda is 100% black owned! We get a BIG vision of black owned assets as soon as the movie invites us into the country with the powerful welcome, “We Are Home.” Farm land, local shops, manufacturing, software, and technology are a few of the highlighted assets. The images of black wealth make known to some and remind others that black wealth is possible.

Although nearly 1 in 5 black families have zero or negative net worth, black wealth does exist, has existed, and has the ability to grow. There are a number of black business owners and investors like Sheila Johnson (BET, Salamander Hotels & Resorts), Robert Smith (Vista Equity Partners), and Courtney Sanders (Think & Grow Chick) who serve as examples of Wakanda in real life.

The juxtaposition of Wakanda and Oakland California is stark but it acknowledges the challenges we face and where we can go. Building black wealth starts with you and me getting a vision of black wealth.

Wealth is transferable. You can transfer the ownership of your assets to anyone whether that’s your child or grandchild. This gives them a financial foundation and head start so that they can thrive in taking care of themselves, their family and their community. A good man leaves an inheritance for his grandchildren. This is wisdom.

T’Chaka was legacy minded. He made sure that T’Challa had the character, love for family, and community required to thrive as the Black Panther and lead well. His father gave him an inheritance. Later I’ll discuss the importance of fathers.

Where would you be if your dad gave you and your family a fully paid home? A stock portfolio? A multifamily rental unit? Building black wealth requires that you and I think and prepare not only for ourselves, but also for our children’s financial and life success.

3. Find and Mine your Natural Resources

Wakanda’s $90 trillion wealth is in its Vibranium. This indestructible metal laces Black Panther’s suit and made Wakanda the most technologically advanced country on Earth. Wakanda funded their entire education system by selling off a few small pieces of Vibranium.

The movie highlights an entire area dedicated towards mining Vibranium. It’s important to look at the definition of mine: to delve into (an abundant source) to extract something of value, especially information or skill. Wakandans would have never experienced such wealth if they didn’t take the time to extract the value of their natural resource. How much wealth could black communities create if they identified and extracted the value out of their people? Find and mine.

Wakandans are skilled! Whether it was Killmonger’s traditional MIT degree, General Okoye’s armed forces training, or Shuri’s knowledge of software and hardware engineering, there’s a clear value on becoming skilled. Their skill allowed them to create value in the form of battle victories, protecting the king and improving existing technology. Building black wealth requires skill, so find something you want to become skilled at and start perfecting your craft.

Wakanda is 2000 years ahead of Apple. The iPhone is like a VHS in comparison to the applications of Vibranium tech. Wakandan’s built and scaled their technology in such a way that generated huge economic value for the country and its people. Black communities need to do the same.

Get inspired by the stories of trailblazer’s like Biotech entrepreneur Tony Coles, M.D. (Yumanity Therapeutics), Jewel Burkes (PartPic), or Rodney Williams (LISNR), whose technology companies are generating major revenue and creating jobs. Technology will continue to be the driver of wealth in the future. Apple, Amazon, Facebook, Google, Netflix, and the entire financial system leverage technology to create wealth. As black communities build and sell technology they’ll experience the same returns.

“More connects us than separates us. But in times of crisis, the wise build bridges while the foolish build barriers. We must find a way to look after one another as if we were one tribe.” - T’Challa

T’Challa spoke confidently to the United Nations while Nakia spoke fluent Korean with her homegirl in Seoul. There are 8 billion people in the world across 195 countries. Black Panther is a reminder that when building black wealth one should always connect with, learn from, and create value for people across the world who don’t look or act like you. Building global relationships connects you to communities with the knowledge, human, social, and financial capital required to build wealth and experience the joy of diverse cultures while doing it.

When addressing community issues, the Kingdom of Wakanda brought the entire community to the table. While the Panther Tribe is The Royal Family, we see the importance of all tribes highlighted throughout the film. The War Dogs (Nakiya) relay vital global information, the Border Tribe (Rhinos) protect Wakandan borders, Priests take care of the temple, the Mining Tribe supplied the vibranium, the River Tribe maintain the waterways, the Merchant Tribe oversee the country’s economic stability, and The Jabari (#mbakuchallenge) are traditional and powerful fighters. All brought distinct perspectives and skills vital to the success of the country.

As communities of color address the huge issue of wealth inequality, they need to bring all stakeholders to the table. Health, education, real estate, finance, church, tech, government, law, the arts, and media, family, and community leaders all need to be present.

The families of Eric Killmonger and T’Challa radically affected their life outcomes. The film shows that strong families rooted by the presence of a loving father, are life and death for black people, especially black men. Killmonger spent a major portion of his life without his father. Though extremely intelligent, educated and skilled, Killmonger is hurt and misguided. He kills, steals, and abuses his own people to reach his vision. Whereas T’Challa who received the counsel and care of his father is able to apply the same intelligence, education, and skill to serve, build up, and give life to the same people. The X factor was a father.

For these people to thrive, they need strong families with present fathers who protect, provide, and love them in ways that build character wealth because skills can take one places that their character can’t keep them.

Love gives its all for the object of its affection.

Will we fight for each other?

Will we rebel with one another against any enemy destroying the life of the community?

Building black wealth has many challenges. Structural racism, limited access to capital, and a 400 year delay are discouraging, but even still one can give her all to bring about change.

You’d be wise to have your own Dora Milaje (Wakandan special forces) to watch your back as you love hard.

Ladies - who has your back?

Fellas - who has yours?

T’Challa is a servant leader. He fought so that his people could thrive and be safe. The times we see him worry are when he fears failing to serve or uphold the integrity of his people. His focus as a leader is completely on serving the needs of those he’s leading. T’Challa goes so far as to extend his heart of service to internal enemies of Wakanda offering to save Killmonger’s life after winning their civil war. Building black wealth requires this same attitude. As you build your assets make sure you’re committed to serving the needs of anyone you’re in a position to lead. This includes customers, community, yourself and even internal enemies.

Black Panther’s final scene redeems the dream of land and homeownership that for years has been redlined and taken from black people. As he walks with Shuri across an Oakland basketball court, T’Challa points to an apartment building and says, “I bought this one, and this one, and this one.” As a Wakandan ship touches down on the basketball court, T’Challa tells Shuri she’ll be leading the the first Wakandan technology and community development center.

T’Challa is able to establish rental income for himself, affordable housing, create jobs, and prepare the community for success in the innovation economy with three real estate purchases and development of a community center. This is how you build lasting black wealth in Oakland and beyond.

Black Panther is so much more than an epic story brought to life with exceptional directing and acting. It’s a manifesto for building black wealth and living the dream of Wakanda.

Nena Ugwuomo is Founder & President of Student Dream, a Brooklyn based nonprofit creating wealth in communities of color by training college students of color to build and invest in businesses.

11 Ways to Build Black Wealth According to Black Panther

5 WAYS TO BE "SUCCESSFUL"

3 Ways To Make Money in College 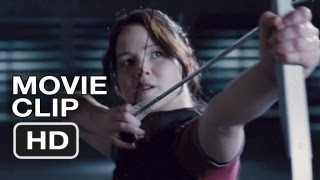